Varvel technology at the service of clean energy

Research into alternative energy as a way of reducing impact on the environment is one of the pillars in the mission of the Varvel Group. Varvel places similar emphasis on the development of advanced technology applications for use in the field of renewable energy. Use of gearboxes in wind and photovoltaic sector is a gret idea that let to have a great increase in energy development.

For the wind sector, the Varvel Group boasts consolidated experience in the development of special worm gearboxes for use as first stages in the combined worm-planetary gearboxes needed to control yaw in multi-megawatt wind turbines. Once coupled to planetary gear units, the worm gearboxes form the yaw control systems for wind turbine nacelles. As such they must be able to guarantee normal functioning even in turbulent and gusty conditions. Turbines are typically located in exposed areas that are often subject to frequent changes in wind direction. In order to optimize the wind turbine's energy output in such locations, nacelle orientation has to be adjusted frequently. Such manoeuvres often involve crit- ical levels of impact and structural stress.

To ensure maximum efficiency under such harsh conditions, gearboxes are subjected to a se- ries of selective tests during the prototype development phase. To simulate the critical stresses induced by high wind, for example, prototype gearboxes are subjected to static tests in which maximum calculation torque is applied 100 times and internal components checked for damage.
Other important tests are those designed to practically determine gearbox efficiency (static and dynamic). Extremely high efficiency is demanded under normal and reverse motion as these parameters have a major influence on the efficiency of the yaw control system as a whole.

Varvel has also developed an interesting application for the photovoltaic sector. In conventional photovoltaic systems such as rooftop installations and ground installations in sunny areas, panels generally maintain a fixed position with respect to the sun. The development of solar tracking technology has made it possible to dramatically improve the efficiency of photovoltaic panels in terms of energy output. To understand the benefit of such systems, just consider that the efficiency of a fixed solar panel varies dramatically over the day, rising from zero at dawn to a peak generally around midday and then falling back to zero at sunset. Dual axis solar tracking systems based on worm gearboxes (often referred to as “sunflower systems”), allow solar panels to produce maximum power only two hours after dawn and to maintain this output throughout the hours of sunlight until about two hours before sunset. On average, single axis solar tracking systems can increase output by up to 30% compared to fixed panel systems of equivalent power, while dual axis tracking systems can give a 45% increase in output, again compared to conventional fixed panels.

The real value of Varvel's gearboxes for photovoltaic applications is enhanced by the fact that they can also be supplied with an ingress protection rating of IP66, certified by specialist laboratories, to guarantee resistance to atmospheric agents over extended lifetimes 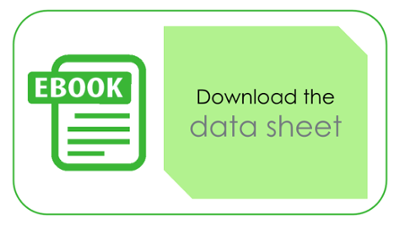